Give to the Environmental Science Graduate Program

Supports the Environmental Science Interdisciplinary Graduate Program for events such as seminars, research events and collaborations, and other programmatic activities. Give to the Discretionary Fund, #314632. 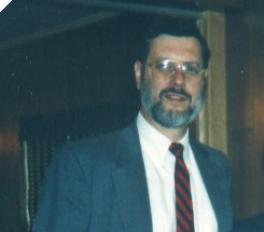 The Environmental Science Graduate Program (ESGP) owes a deep debt of gratitude to its benefactor, the late Dr. D. Dale Fay. The "Fay Graduate Fellowship Fund in Environmental Sciences" that he and his parents, Lucille Fay and Jerry W. Fay, established on November 10, 1998 (with more funds added later) was valued at over $1 million as of August 31, 2004.

After his graduation, he served as Clinical Microbiology Consultant with the Doctor's Hospital in Columbus and as Adjunct Assistant Professor of Medical Microbiology in the OSU College of Medicine. In 1978, he joined Pfizer Pharmaceuticals and was, at the time of his retirement, the Senior Director, Medical Affairs Administration. Dr. Fay was a member of the American Association for the Advancement of Science, American Society of Microbiology, and Sigma Xi, The Scientific Research Society.

The Fellowships - The full-time annual Fay Graduate Fellowships are supported by an annual interest allocation and are awarded annually to students pursuing the Doctor of Philosophy degree in various fields of environmental science. The fellowships support training of the scientists who will be spearheading environmental research, defining our global problems and developing and implementing solutions.

Selection of Fellows is competitive based on superior academic ability, demonstrated leadership, relevance and quality of goals, experience related to environmental science and professional references. Applicants are evaluated by an interdisciplinary committee chaired by the Director of the Environmental Science Graduate Program.

The fellowship funds are administered and invested by the University's Permanent Endowment Fund under the direction of the Board of Trustees. The Fellowship is annually audited and the audit results published in the OSU Endowment Fund Annual Report.